The legislature incorporated the town and named Jackson the county seat of Hinds County in 1822. The Mississippi Legislature first met in Jackson on December 23, 1822 in a nonextant structure. In 1839, legislators began convening in a newly-built statehouse, which now serves as the Old Capitol Museum. The current Mississippi State Capitol was completed in 1903. 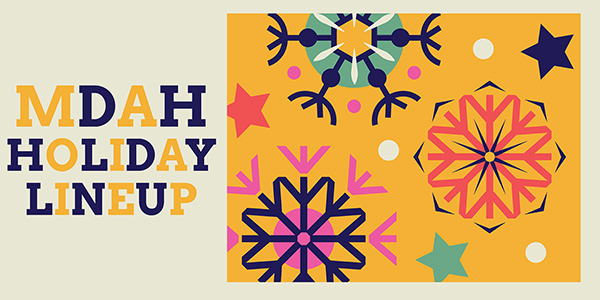 The Possum Ridge model train exhibit will be on display at the Two Mississippi Museums through December. Regular museum hours are Tuesday-Saturday 9 a.m.–4 p.m. The museums are open free of charge on Sundays from noon–4 p.m. Safety precautions at museums include requiring all visitors to wear masks and observe social distancing guidelines. The museums will close Thursday–Friday, December 24–25, for Christmas and Friday, January 1, for New Year's Day.

Based on information provided by the Mississippi Department of Health about the coronavirus pandemic, the Mississippi Department of Archives and History will close all sites beginning Friday, March 13. The Museum of Mississippi History, Mississippi Civil Rights Museum, Eudora Welty House and Garden, Mississippi Governor’s Mansion, Old Capitol Museum, and William F. Winter Archives and History Building, and Charlotte Capers Building in Jackson, Grand Village of the Natchez Indians in Natchez, and Winterville Mounds near Greenville will all close until further notice.

All public events at MDAH sites through the end of May have been postponed, including the weekly History Is Lunch program and the Mississippi Freedom Seder event on April 2, at the Two Mississippi Museums. The New Stage Theater event at the Old Capitol Museum on March 31, and the Powwow at the Grand Village of the Natchez Indians on March 28, have also been postponed.