On Saturday, November 20, join us for the Holiday Open House at the Mississippi Museum Store. The come-and-go event is free and open to the public from 11 a.m. to 4 p.m. Enjoy samples from Mississippi vendors, special sale prices on select merchandise, artist and maker meet-and-greet opportunities, and additional discounts for museum members.

The Mississippi Museum Store offers one of the state’s finest collections of folk art, local handmade crafts, and books by and about Mississippians. Find unique holiday gifts for everyone on your list this year at the Mississippi Museum Store while visiting with local artists and makers. Shop artisan-made items for Christmas, Hanukkah, and Kwanzaa. Highlighted merchandise includes Walter Anderson prints, Wolfe Studio birds, Harold Miller sculptures, and Shearwater Pottery. Other Mississippi-made products featured in the store are candles, jewelry, gourmet products, museum souvenirs, newly-designed Mississippi state flag merchandise, and much more.

The Mississippi Museum Store at the Two Mississippi Museums is open Tuesday through Saturday, 9 a.m. to 4:30 p.m. The museums open free of charge on Sundays from 11 a.m. to 5 p.m. are located at 222 North Street in Jackson. Call 601-576-6921 or email store@mdah.ms.gov for more information.

The legislature incorporated the town and named Jackson the county seat of Hinds County in 1822. The Old Capitol Museum, constructed in 1839, is the oldest building in Jackson. 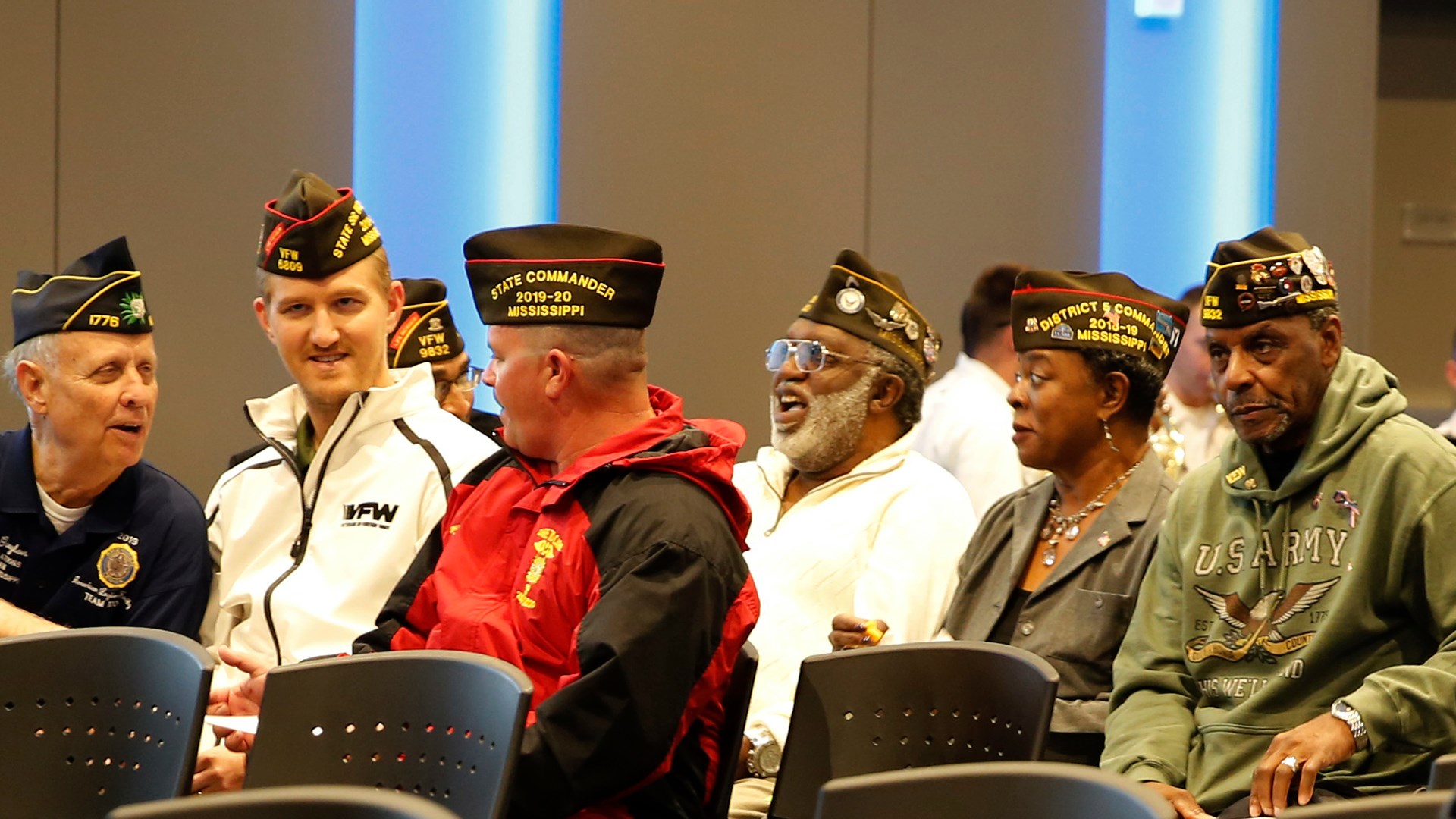 The Museum of Mississippi History and Mississippi Civil Rights Museum are partnering with the Daughters of the American Revolution, Mississippi Veterans Affairs, and Mississippi War Veterans Memorial Commission to honor Mississippians who serve and have served in the United States Armed Forces. The event begins at 10:30 a.m. on Wednesday, November 10, on the Entergy Mississippi Plaza in front of the Two Mississippi Museums. COVID-19 precautions will be in place.

“Mississippi’s extraordinary record of military service is one of the most inspiring stories that we share in the Two Mississippi Museums,” said MDAH director Katie Blount. “We are pleased to join with our military service organizations to pay special tribute to all the many Mississippians who have served our country.”

The program will include a performance by the 41st Army Band, a moment of silence, recognition of the veterans in attendance, memorial volley, wreath laying, and a keynote speech delivered by Major General Janson D. Boyles—the Adjutant General of the Mississippi National Guard. The museums are offering free admission to those currently serving in the military, veterans, and a family member of a veteran on November 10. The museums open from 9 a.m. to 5 p.m., Tuesday through Saturday. The museums open free of charge on Sundays from 11 a.m. to 5 p.m.

MDAH is partnering with the Daughters of the American Revolution, Mississippi Veterans Affairs, and Mississippi War Veterans Memorial Commission to honor Mississippians who serve and have served in the United States Armed Forces. The program will take place on the Entergy Mississippi Plaza in front of the Two Mississippi Museums under COVID-19 precautions.

Join us in collaboration with Smithsonian Affiliations for a look at chefs Lena Richard and Julia Child. They challenged perceptions and stereotypes of women in their respective eras and made lasting contributions to culinary history through their cookbooks, teaching and television programs. Speakers include curator Paula Johnson and historian Ashley R. Young of the National Museum of American History.

I AM A MAN: Thoughts of Yesterday

On Saturday, March 6, at 11 a.m., civil rights veterans Frank Figgers and Hezekiah Watkins will share their personal experiences of the Mississippi Freedom Movement through selected images from the special exhibit, I AM A MAN: Civil Rights Photographs in the American South, 1960–1970. This virtual event is free and open to the public. Register online here. Space is limited.

Behind the Lens With Doris Derby

On Thursday, February 11, at noon, learn about the stories behind some of the photographs in the special exhibit, I AM A MAN: Civil Rights Photographs in the American South, 1960–1970, with activist, educator, and photographer Doris Derby. She will discuss several of her photographs from the exhibit as well as some of her own artifacts that are on display in the Black Empowerment gallery of the Mississippi Civil Rights Museum.